Power Up and Lead the Technology Revolution

Electrical and computer engineering at the UA is all about integrating emerging and existing systems to create, for example, new products for faster, safer computing; better healthcare; and more efficient energy systems.

This highly ranked UA Engineering department tops the lists of many students looking to work on smart grids, autonomous systems, the Internet of Things, cybersecurity, big data, mobile health, cloud computing, and many other emerging technologies.

The department offers an online BS for transfer students and is working toward providing all Electrical and Computer Engineering courses online.

The department offers an online BS for transfer students and is working toward providing all Electrical and Computer Engineering courses online.

Thanks to software donated by Keysight Technologies, ECE students can be certified as industry-ready in the radio frequency and microwave fields.

The Electrical and Computer Engineering Department at the University of Arizona has for more than a century been in the vanguard of every major technological advance we see around us today. Now, our sights are firmly set on the energy systems and computers of the not-so-distant future, and we are working in areas such as:

Engineers are not made in the classroom alone – an invaluable part of training takes place in student clubs — such as IEEE and the Arizona Solar Racing Team — and on interdisciplinary design teams. In the Capstone 498 Course, for example, students work with industry partners to solve R&D challenges.

Demand for electrical and computer engineers in all industries continues to grow as companies adopt and integrate new technologies and invest in making their systems bigger, better and faster.

Most of our students have excellent job offers even before they graduate — at companies such as Raytheon, Intel, IBM, Qualcomm, Motorola, Microsoft, Honeywell, Texas Instruments, GM, Agilent, NASA, Boeing and Pixar. Our alumni hold leadership positions throughout the world. 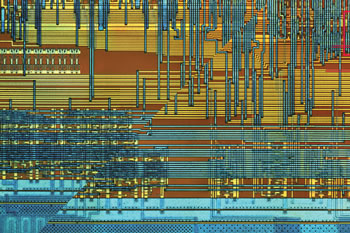